I gotta be honest here.

I don’t even know this book exist before I accidentaly come across it from the internet. I was like- HOW? Where did I go? Why did I never heard of this book before?! 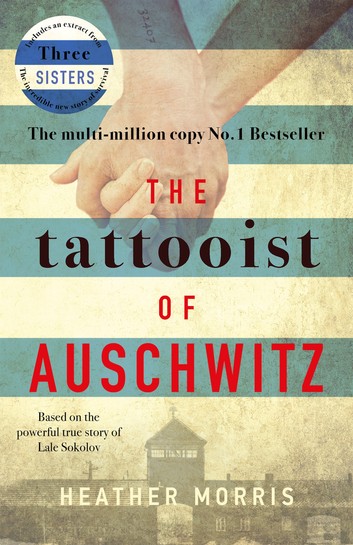 In April 1942, Lale Sokolov, a Slovakian Jew, is forcibly transported to the concentration camps at Auschwitz-Birkenau. When his captors discover that he speaks several languages, he is put to work as a Tätowierer (the German word for tattooist), tasked with permanently marking his fellow prisoners.

Imprisoned for more than two and a half years, Lale witnesses horrific atrocities and barbarism—but also incredible acts of bravery and compassion. Risking his own life, he uses his privileged position to exchange jewels and money from murdered Jews for food to keep his fellow prisoners alive.

One day in July 1942, Lale, prisoner 32407, comforts a trembling young woman waiting in line to have the number 34902 tattooed onto her arm. Her name is Gita, and in that first encounter, Lale vows to somehow survive the camp and marry her.

“If you wake up in the morning, it is a good day.”

I’m so ready to break my heart reading this.

The Tattooist Of Auschwitz— A Slovakian Jew, transported to Auschwitz and made to be a tattooist in the cruel concentration camp.

This book just drew me right in the mess.

This is yet another haunting reverberating story of Auschwitz, which is infamous for the cruelty and inhumanity. And still, after knowing what horror a concentration camp might do, this book still chills me out and break my heart all the same.

Lale Sokolov —Slovakian Jew, is forcibly transported to the concentration camps at Auschwitz-Birkenau in April 1942. This book tells Lale’s struggle as he tried his best to survive the cruel circumstances before he was tasked to work as a Tätowierer (the German word for tattooist), tasked with permanently marking his fellow prisoners.

I’ve read many stories about concentration camp and Auschwitz, but I have never ever read one about Tätowierer. I don’t even know they had a life and I don’t even know that they too, did not have a say in this matter and they have no choice at all but to survive the hell.

And did I mention this is a historical fiction based on true story? I was just baffled, astonished and devastated to read another true horror of Auschwitz.

This is the journey of Lale, as a Tätowierer in the concentration camp, trying to survive and trying to help as many innocent lives as possible by sharing rations, smuggling stuffs, sometimes saving lives and be saved, while witnessing the inhumanity of it all.

And it send chills down to me to read how Lale is so closely related with all the infamous officer in Auschwitz. So aside from Lale’s routine, the concentration camp inhumanity and the prisoners struggles, we got to read tiny bits of how the officers behave behind the curtain in Auschwitz (which is horrible all the same)

And what makes this book feel unreal and yet beautiful, is the love journey of Lale and Gita. Both as prisoners of Auschwitz. This book also tells the advantage Lale has with his position as a Tätowierer and how he take advantage with his position to help as many lives as possible and be saved in return. But my favourite part of the book is even though Lale and Gita clearly are the main characters, sometimes they also uncovers the story of another prisoners which overwhelms me beacuse of their stuggle, sacrifice and kindness.

And how I love to read the raw kindness prisoners share, their connection and trust build on the same circumstances they’re in together. Another thing I love about the book, we got a tiny sneak peak as to how Lale and Gita circumstances after they made it out of Auschwitz. The struggle just seems no end but I love how Lale and Gita always has a vision of hope for a better life.

There’s one scene that is particularly stuck onto my head upon finished reading this.

“I’m Slovakian. I have been a prisoner in Auschwitz for three years.” He pulls up his sleeve to reveal his tattoed number.

“Never heard of it.”

Isn’t it heartbreaking? Before the concentration camp was made infamous, people did not believe such a place exist. However, unlike any historical fiction where I weep in tears, I am not shedding any this time (even though I could feel my eyes feel hot at times.)

Nevertheless, this is a must read historical fiction for all readers and non-readers all the same.

“To save one is to save the world,”

2 thoughts on “Book Review : The Tattooist Of Auschwitz by Heather Morris”