There are two main reasons this book end up getting in my radar:

First, I am so hype for Dance of Thieves series, another series written by the same author and set in the Kingdom of Remnants just like this series I’m going to review.

I want to understand Dance of Thieves better when I read later on, so I decided the best way is to read this The Remnant Chronicles series first, familiar myself with how Kingdom of Remnants work and to read Dance of Thieves series later on.

Second, I’ve read reviews stated how underrated this series is. Many loved this book and there are lost of five-star-rating for the series.

1. The Kiss of Deception (The Remnant Chronicles #1) by Mary E. Pearson

In a society steeped in tradition, Princess Lia’s life follows a preordained course. As First Daughter, she is expected to have the revered gift of sight—but she doesn’t—and she knows her parents are perpetrating a sham when they arrange her marriage to secure an alliance with a neighboring kingdom—to a prince she has never met.

On the morning of her wedding, Lia flees to a distant village. She settles into a new life, hopeful when two mysterious and handsome strangers arrive—and unaware that one is the jilted prince and the other an assassin sent to kill her. Deception abounds, and Lia finds herself on the brink of unlocking perilous secrets—even as she finds herself falling in love. 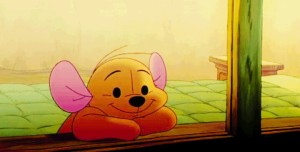 “It can take years to mold a dream. It takes only a fraction of a second for it to be shattered.”

2. The Heart of Betrayal (The Remnant Chronicles #2) by Mary E. Pearson

Held captive in the barbarian kingdom of Venda, Lia and Rafe have little chance of escape. Desperate to save Lia’s life, her erstwhile assassin, Kaden, has told the Vendan Komizar that she has the gift, and the Komizar’s interest in Lia is greater than anyone could have foreseen.

Meanwhile, nothing is straightforward: There’s Rafe, who lied to Lia but has sacrificed his freedom to protect her; Kaden, who meant to assassinate her but has now saved her life; and the Vendans, whom Lia always believed to be savages. Now that she lives among them, however, she realizes that may be far from the truth. Wrestling with her upbringing, her gift, and her sense of self, Lia must make powerful choices that will affect her country… and her own destiny.

“We’ve had a terrible start—it doesn’t mean we can’t have a better ending.”

“There are no rules when it comes to survival.”

3. The Beauty of Darkness (The Remnant Chronicles #3) by Mary E. Pearson 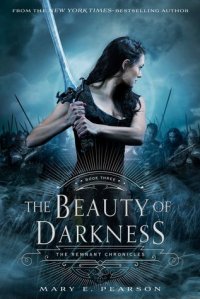 Lia has survived Venda—but so has a great evil bent on the destruction of Morrighan. And only Lia can stop it.

With war on the horizon, Lia has no choice but to assume her role as First Daughter, as soldier—as leader. While she struggles to reach Morrighan and warn them, she finds herself at cross-purposes with Rafe and suspicious of Kaden, who has hunted her down.

In this conclusion to the Remnant Chronicles trilogy, traitors must be rooted out, sacrifices must be made, and impossible odds must be overcome as the future of every kingdom hangs in the balance.

“Darkness was a beautiful thing. The kiss of a shadow. A caress as soft as moonlight.” 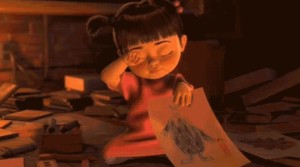 Let me begin with my first impression to the series.

I have no idea that these series exist at all if not for Dance of Thieves (which is written by the same author and set in the same setting as this series) and bloggers as well as bookstagram.

Truth to be told, the blurb didn’t quite intrigued me because I feel like the book is heavy on the romance and have quite mundane context to the rest of usual fantasy romance.

But I’m SO looking forward for the writing. I anticipate this as a high pace read with well, maybe a beautiful story I could trace back later on.

1. The Kiss Of Deception

During my first few chapters, I’m so excited for the book and I could say I’m loving it already! Although it has quite mundane concept, like princess who strives for freedom and prince who ended up smitten with the princess.

And we have assassin who’re summoned for the princess. I’m so looking forward to the assassin part. I don’t know myself, maybe because of the predictable flow that the assassin might ended up smitten with the princess? I have the hunch this series will be beautiful in the end.

I don’t know how to describe this in a good way, but I found the whole story is too typical. Everything is right down predictable.

Except for the role of the prince and assassin.

I’m not sure I’m the one delusional for not paying attention but well.. that part sure blow me away because the identity of both prince and assassin are kept hideous until the very end of the book.

I need to re-read the part I found important, traced back the book for the princess and both the prince and assassin to re-feel the feelings, re-bond the connection of characters and to make sense of everything I’ve read.

But I fairly enjoy my reading and for sure looking forward for the next book happily but also nervously.

2. The Heart Of Betrayal

Moving on to the next book, this is what I’m afraid of, the same slow progress of the book.

Because if I could be blunt, the first book didn’t actually progress much and I am so not okay with another 400 pages with no progress at all.

And I think this book mirrors the first book (Ｔ▽Ｔ)

But I read it anyway. And I am quick to lose interest after one fourth of reading. Around half of the book, I truly give up reading and skip to the end of the book *and by this dicovery, I’m so glad I skip the book*

This second book still focused on the princess, the prince and the assassin but with more complicated plot and many new characters. Usually, complicated plot might moves the flow forward but in this case, the story didn’t seemingly moved at all.

3. The Beauty of Darkness

I have lost all interest when I get by this book.

Simply because I have lost track of what’s this story is about and there had been little progress of the story.

So I did what I done best. Skimming words and skipping chapters ( ͡° ͜ʖ ͡°)

And again, I’m not so fond of the ending.

Overall, The Remnant Chronicles is not a bad series. But I’m the type of reader who loves progress and I love to read a book that have a clear purpose of what the characters are trying to pursue.

With this series, I know so little by the blurb and when I start reading, it is still okay in the beginning but the characters have seemingly nothing to do and thus, the story rarely progress.

And I was left riddled with what this series is truly about, aside from a princess so desperate for her freedom. Like, what’s the whole point of reading this series?

But then, there are the word “gift” or in common, magic. And I’m so looking forward for this part but after reading two books, there are nothing significance about the so-called “gift”

The characters have all the elements of the usual characters in fantasy. Brave and outspoken princess, strong and handsome prince, powerful and spiteful enemies. But, just that. There are no deep feelings I feel towards the characters.

But it still amusing to read these all characters.

Every books in the series has a different adventure. The first book is more into introduction, the carefree life each characters lead. The second book shows more about the characters trapped into enemies lair. The third book, like the usual fantasy series, a bloody war to conclude the finale.

I think what burden me most for this series, is how tidy each books are. If one book tells more about introductory, then the rest of the whole one book is going to be about introducing the characters, their liking, their activities, their troubles and no more than that.

If another book tells about how desperate the characters are to leave the enemies lair, then the whole one book is going to be about a super duper long rescue mission and nothing more.

I personally feel the progress is so draggy and super duper S L O W. I might appreciate the book more if these three books are combined into a standalone book. Cut all unnecessary scenes and dialogues.

But again, it’s not a bad series and it’s definitey not a bad adventure but I’m looking for a decent-pace reads and I don’t think this book delivers it well enough.

If you read for the romance, here goes:

1. If you love a typical love story where the male leads fall hard for the girls for her bravery, rash behaviour and beauty, then go ahead. I think you might love the flow.

2. If you’re NOT the type for predictable love line, cringey stuff and dialogues that sounds so fiction, then I don’t think you’ll swoon over the characters.

Personally, I’m not so into the fantasy romance of this series. Anyhow, it’s still fascinating to read about it but without me giggling to myself or making puppy eyes for the interaction.

Even though I feel some discontent towards the series, I could see how some readers are so obsessed over this series. It has all fantasy elements you might be looking for. (or might’ve ever read before)

The brave and pretty princess, strong and handsome prince, pretty cool assassin, bad guys, magic (or in this book, “the gift”), royalty, power, reliable allies and so much more.

I think this series is good for first-timers fantasy reader because it literally showcase many strong traits of fantasy.

• But if you’ve read the first book and found out eventually that you do not sit well enough with the book, I suggest you to stop.

Because the first book is fairly similar to the second and third book. From the writing style, flow and everything else, except for the main-story-theme that represent and different for each books.

Despite my opinion, I sincerely and truly hope that you’re going to love this series♥

“We all have secrets. Most are guilty, a few are wretched and some are too precious to share.”
"I will prove myself strong when they think I am sick.
"𝘐 𝘩𝘢𝘥 𝘢𝘣𝘴𝘰𝘭𝘶𝘵𝘦𝘭𝘺 𝘯𝘰 𝘪𝘯𝘵𝘦𝘳𝘦𝘴𝘵 𝘪𝘯 𝘣𝘦𝘪𝘯𝘨 𝘴𝘰𝘮𝘦𝘣𝘰𝘥𝘺 𝘦𝘭𝘴𝘦'𝘴 𝘮𝘶𝘴𝘦.
"𝘍𝘭𝘶𝘴𝘩𝘦𝘥 𝘸𝘪𝘵𝘩 𝘴𝘵𝘢𝘳𝘭𝘪𝘨𝘩𝘵 𝘢𝘯𝘥 𝘮𝘰𝘰𝘯𝘭𝘪𝘨𝘩𝘵 𝘥𝘳𝘰𝘸𝘯𝘦𝘥,
"If I cannot be better than them, I will become so much worse."
"I would walk into the jaws of hell itself, if it were a path of my own choosing. I would rather die tomorrow in the forest than live a hundred years of the life appointed me."