The unforgettable novel of a childhood in a sleepy Southern town and the crisis of conscience that rocked it, To Kill A Mockingbird became both an instant bestseller and a critical success when it was first published in 1960. It went on to win the Pulitzer Prize in 1961 and was later made into an Academy Award-winning film, also a classic.

Compassionate, dramatic, and deeply moving, To Kill A Mockingbird takes readers to the roots of human behavior – to innocence and experience, kindness and cruelty, love and hatred, humor and pathos. Now with over 18 million copies in print and translated into forty languages, this regional story by a young Alabama woman claims universal appeal. Harper Lee always considered her book to be a simple love story. Today it is regarded as a masterpiece of American literature.

“You never really understand a person until you consider things from his point of view… Until you climb inside of his skin and walk around in it.”

Another remarkable classic. I can’t believe I’m just reading this now. To Kill A Mockingbird is a moving piece. The book tells the story from an innocent kids perspective who sees the world purely and fairly. Jean Louise Scout Finch – a smart lively young girl who is always being criticized by her aunt for her tomboy behaviour plays as the main character of the story. Her big brother – Jem Finch, always sees her as a boy and sometimes prank her but always there to protect her. Atticus Finch – The wise father also plays a big part in giving advice and solving problems. There are also Dill Harris – an outsider who lives with his relatives every summer in Maycomb and is Scout as well as Jem playmate.

There are no specific plot of the story. To Kill A Mockingbird is an adventure book of Scout, Jem and Dill. This book shows how they see things with innocent children eyes. Their fights and friendships with the other friends, their pranks and childhood mischief, their innocent thoughts, their sudden maturity when needed and many other aspects that shows how much children can shock adults sometimes.

This book directly becomes one of my favourites now. The plot, the characters and the message are so meaningful and deep. This book is also a page turner that keeps me reading nonstop. This book is talking about human behaviour and one of the pattern is the presumptions and judgements even if the facts is still blurry and the attitude of believing what people want to believe even if it is wrong. For me, this book is very well written and yet it confused me in the first chapter since there are lots of characters being shown all at once. Still, the characters are all lovable and overall, this is a good book.

“People generally see what they look for, and hear what they listen for.”

2 thoughts on “Book Review : To Kill A Mockingbird by Harper Lee” 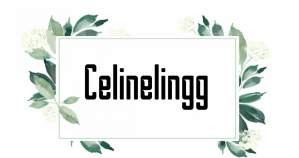